This building itself was erected at the same time the “historical” Navy Transmitter Radar Station was built. The hinges and latches were all reclaimed from that building when it was decommissioned and reissued here for historical context.

The handles and latches were all hand forged/blacksmithed from 1” solid round iron to add some texture and a little detail to this somewhat “modern” build perspective without concern, because I thought it was pretty. The doors themselves span 28ft and double-hinge. The clients wanted no caster supports, so we had to hide large 6’x6’ steel beams within the walls to support the 1,600 pounds of steel and glass and allow them to float freely with the illusion of being dainty and light. The structure and doors themselves took 100 hours to create and install. The job was completed in a six day time period due to time restraints and scheduling. 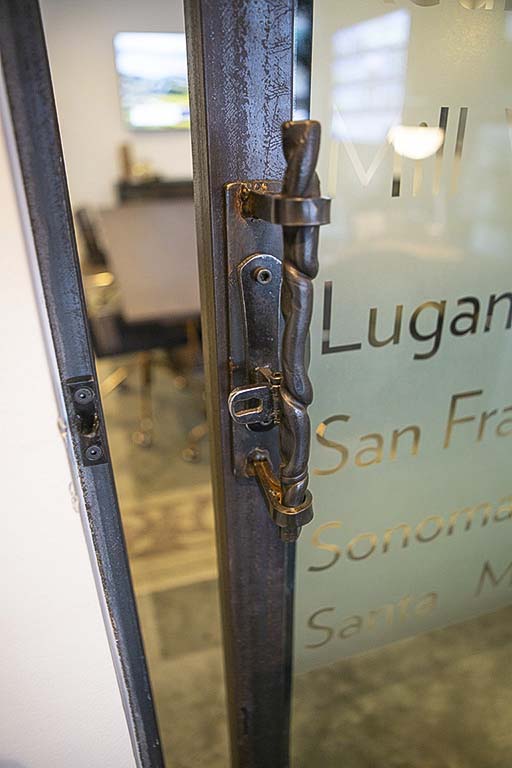 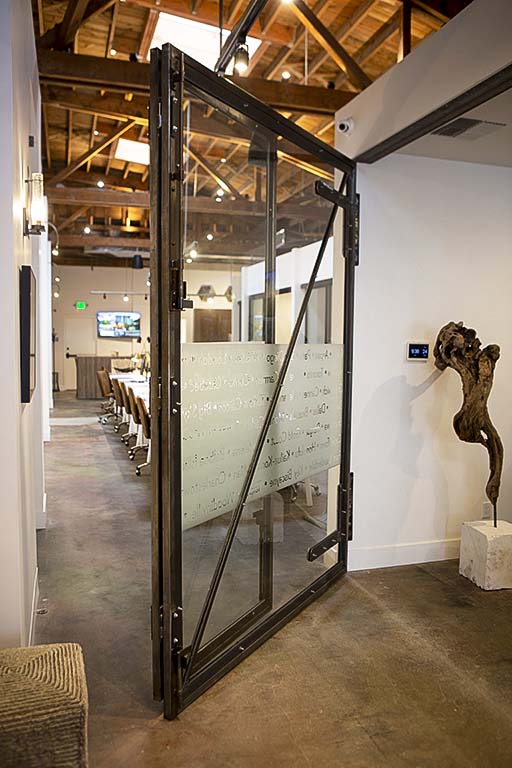 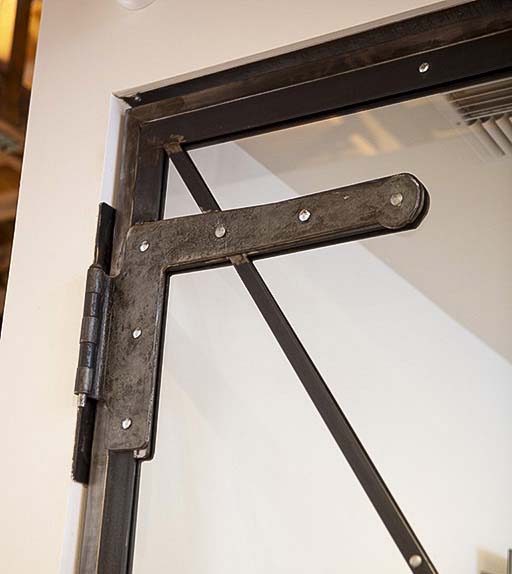 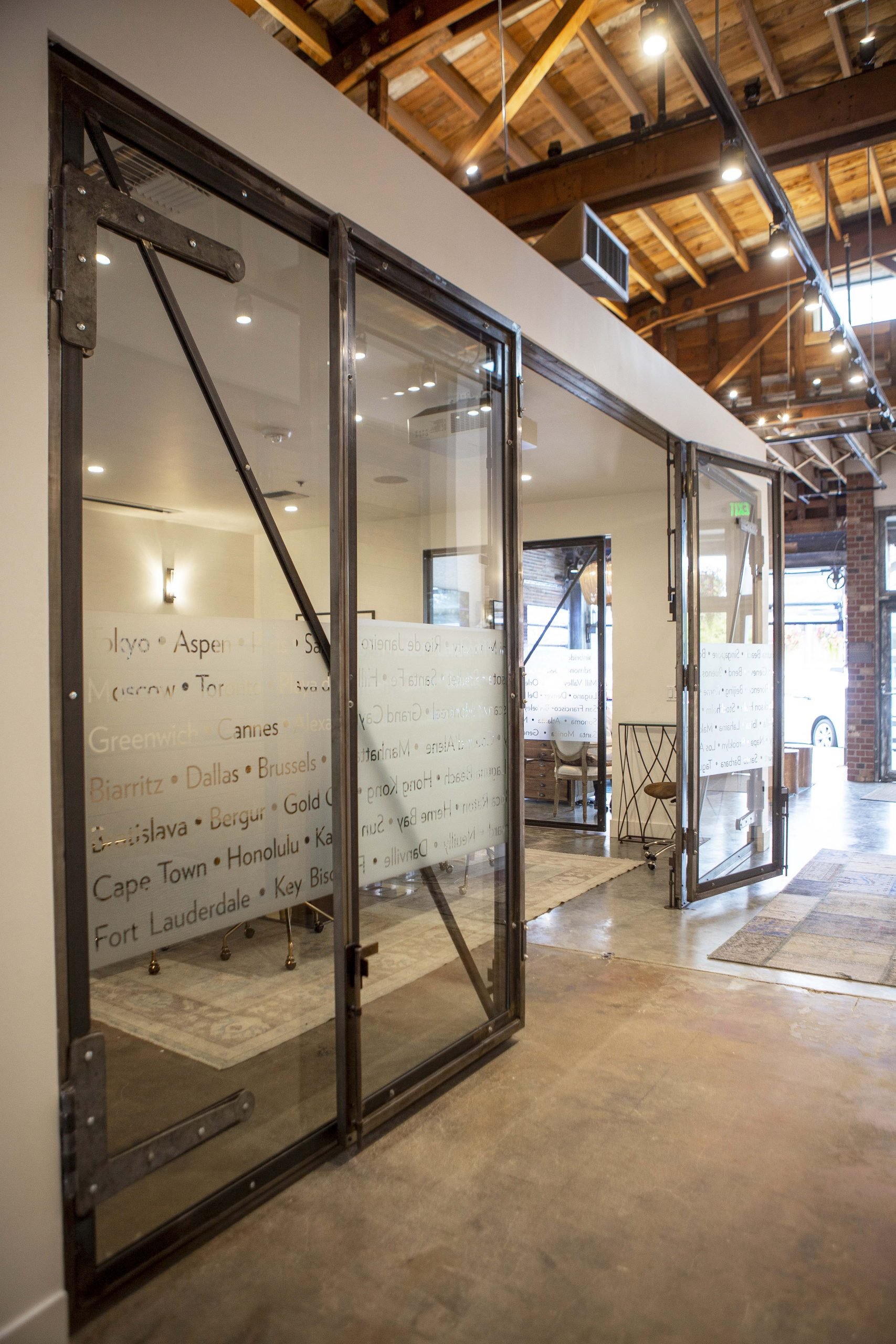