Jeremy built this bike in one week for a TV show called “Pinks,” which aired on The Discovery Channel. It was raced against a Harley-Davidson V-Rod Destroyer that held the land speed record… Best 2 outta 3, beat ‘em round 1. Round 2 they got us…. Jeremy did a bunch of shenanigans at the start line and basically set the bike on fire (unintentionally) and they were disqualified… but it was fun! 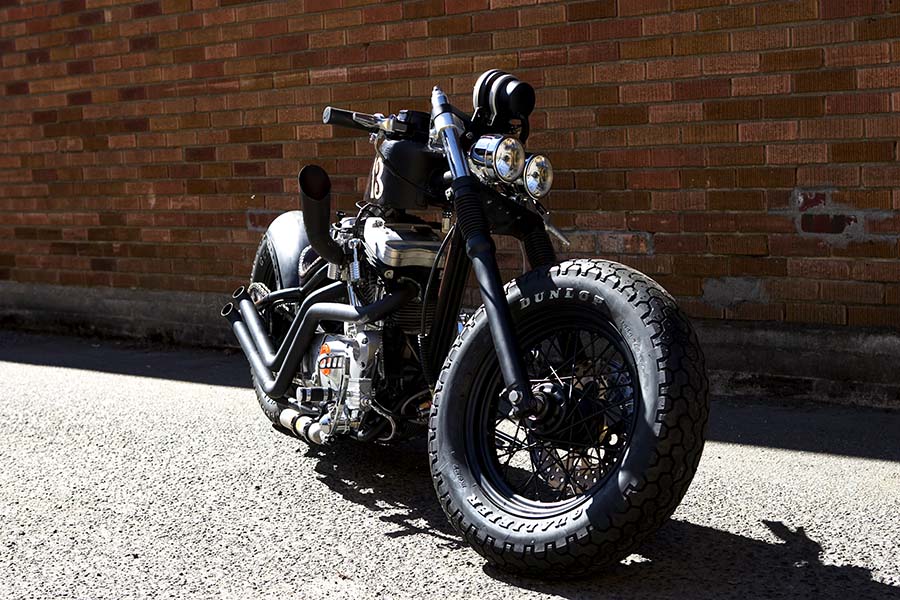 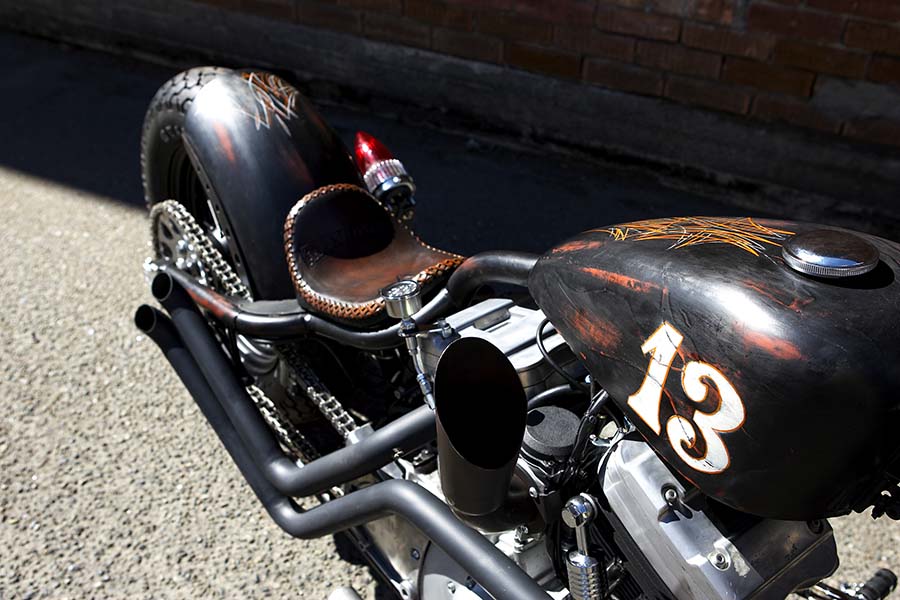 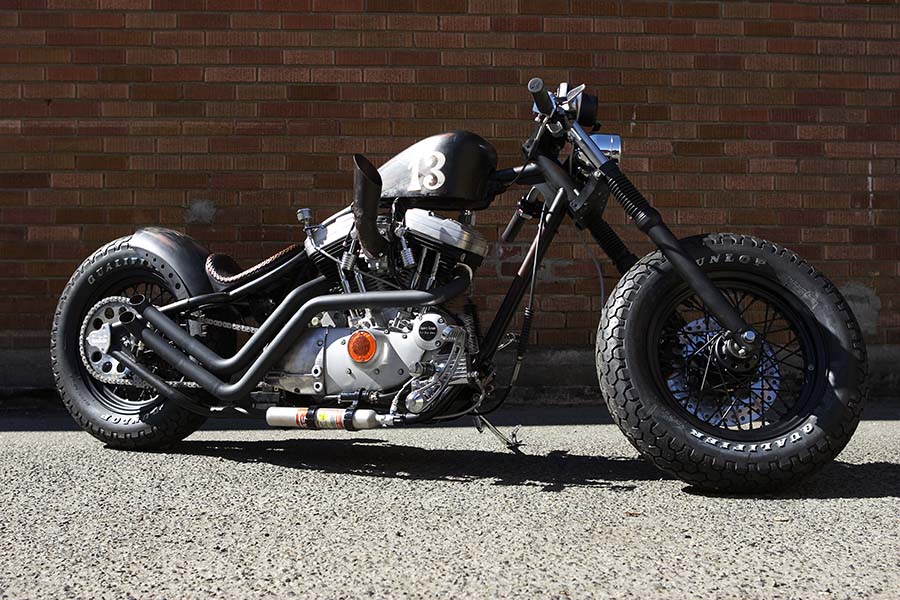 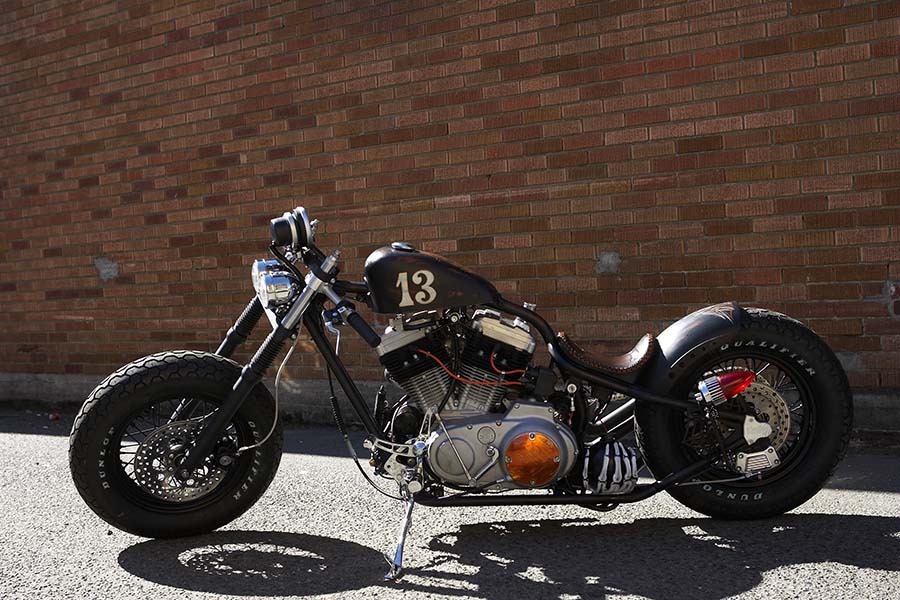 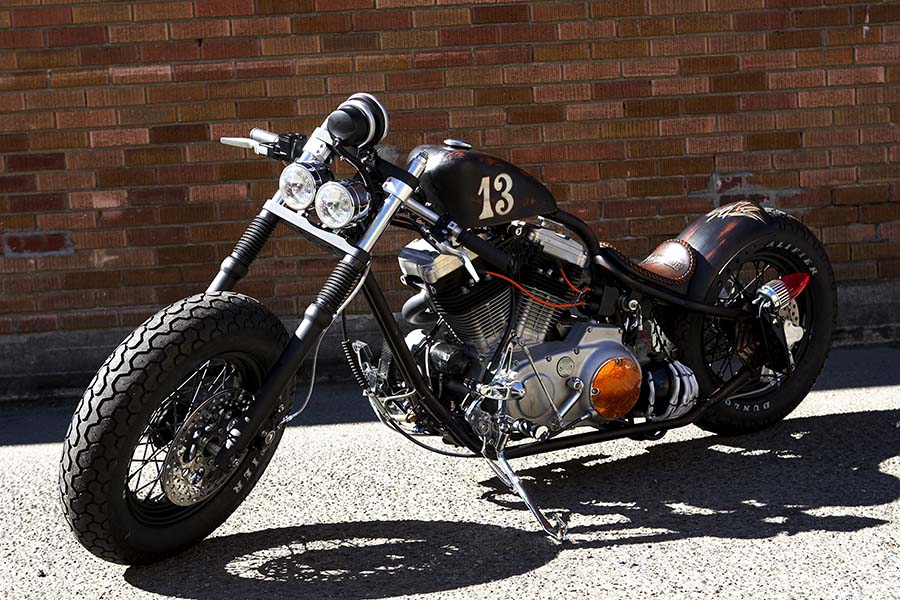 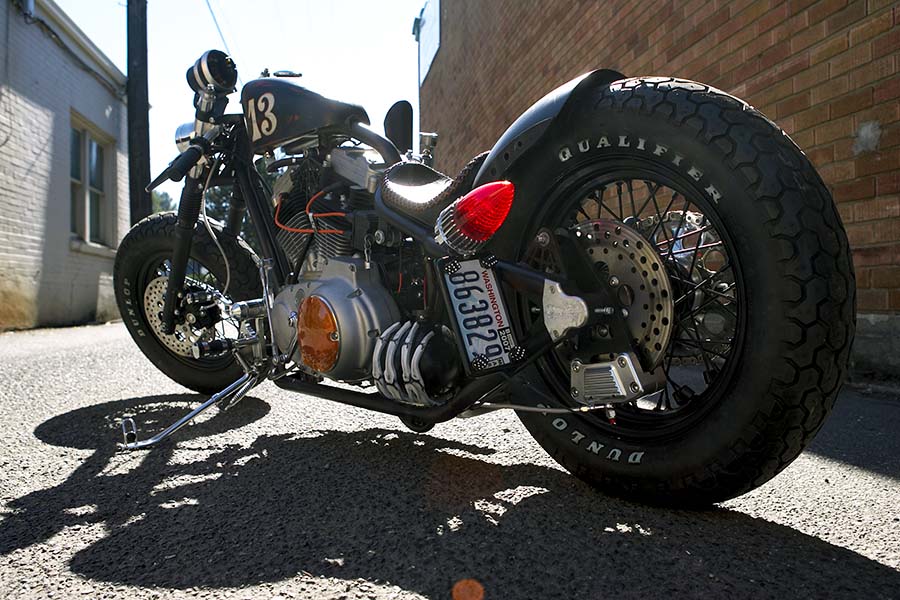 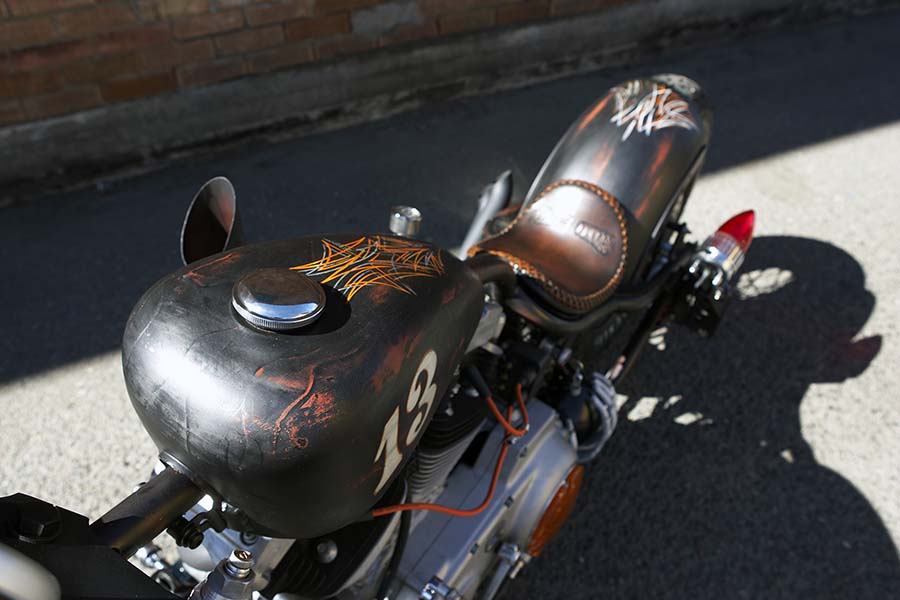